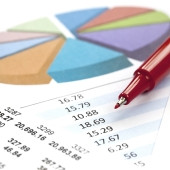 Call it a holiday gift. Thanks to legislation passed in December, beginning in 2015, owners of 529 accounts will be able to change the investment options on their existing plan contributions twice per calendar year instead of just once. This increased flexibility is a welcome option for parents and grandparents who use 529 plans to save for their children's or grandchildren's college education.

Previously, if an account owner had exhausted his or her once-per-year investment change allowance, the only way to change investment options again on existing contributions in the same year was to change the beneficiary of the account, which may not have been desirable or feasible.

Many college savers--and even states that manage 529 plans--have characterized the once-per-year rule as too restrictive and have called for changing it. Congress listened once before. During the stock market downturn that began in 2008, Congress passed a rule allowing 529 account owners to change their investment options on existing contributions twice per year, but only for 2009. The once-per-year rule kicked back in for 2010.

Although a jump from one investment change to two isn't earth-shattering (some would argue it's not nearly enough), it still offers a bit more flexibility for 529 plan savers who want to make an additional investment change during the same calendar year.

Investors should consider the investment objectives, risks, charges, and expenses associated with 529 plans before investing. More information about specific 529 plans is available in each issuer's official statement, which should be read carefully before investing. Also, before investing, consider whether your state offers a 529 plan that provides residents with favorable state tax benefits. As with other investments, there are generally fees and expenses associated with participation in a 529 savings plan. There is also the risk that the investments may lose money or not perform well enough to cover college costs as anticipated.

Does Your College Kid Need a Credit Card?

What to do After Filing the FAFSA

Save for College without Sacrificing Retirement