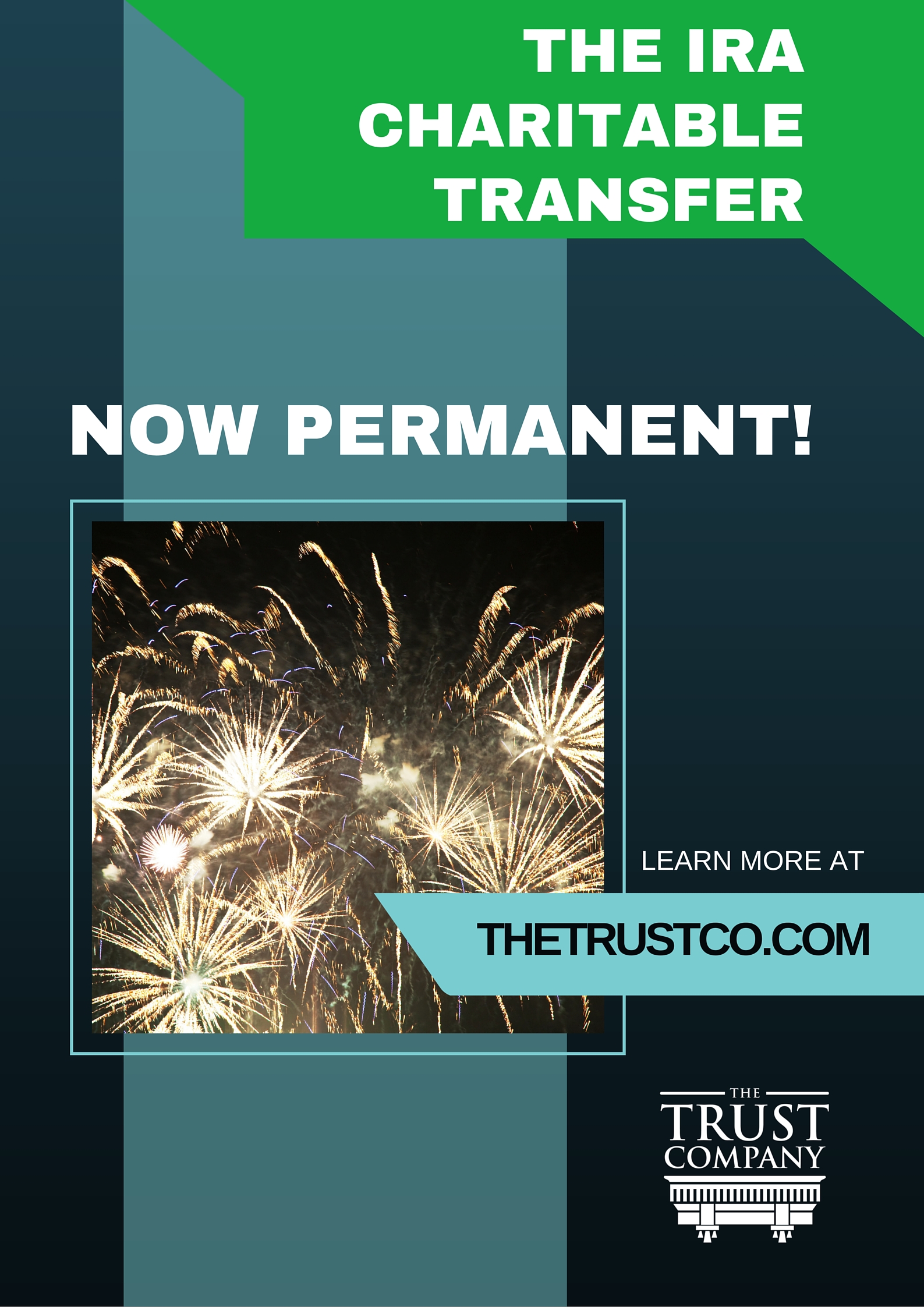 We have been waiting with bated breath for news on whether Congress would extend a tax break for certain charitable donations of IRA assets for the 2015 tax year—that’s right: the year that is about to end! Finally, last Friday, legislation passed to make the provision permanent—ending the year-after-year waiting game.

First passed in 2006, the provision for IRA charitable transfers has been very popular with retirees who make charitable giving part of their financial plan. But nearly every year since its inception, it has caused confusion and frustration as we’ve waited until the very last minute to hear whether it will be retroactively extended.

Now that the provision is permanent, we can all breathe a sigh of relief for commonsense legislation and the ability to plan our IRA distributions and charitable gifts with intent.

Here’s how it works:

IRA owners who are at least 70-1/2 may donate up to $100,000 of account assets per year directly to one or more qualified charities. These can include churches, schools, and other designated non-profit organizations. The donations count as part of the IRA owner’s Required Minimum Distribution (RMD) and directly offset the amount that is required to be withdrawn as income.

The biggest benefit of this provision is that the $30,000 donation, while no longer a tax deduction, is not taxable as income like most standard IRA withdrawals. In effect, income is reduced such that it may help the donor stay in a lower tax bracket, or avoid taxes on Social Security benefits. And those who take the standard deduction would not have the option to take a deduction for charitable giving, anyway.

Unfortunately, if you qualify for this charitable giving strategy but have already taken your RMD for 2015, you can’t reverse any of your withdrawal to turn it into an IRA charitable transfer. Just be glad the provision has been made permanent, and you’ll have the whole year of 2016 to decide what to do with your RMD.

The Ducks are Coming!