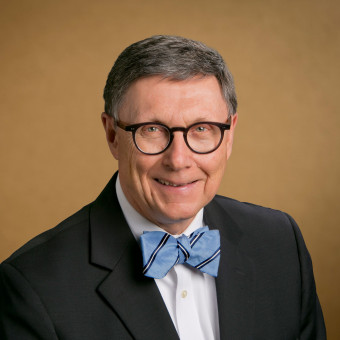 As we come to the end of Q2 the calendar reminds us that mid-year has arrived and the outlook for economic activity and financial markets shifts to the possible path forward into year-end.  Many market pundits describe their second half market outlook with such phrases as “Goldilocks,” “optimal” and “constructive.”

There are several reasons for their positive view of the economy and markets into year-end:

What might be some storm clouds on the horizon? There are all kinds of “known unknowns” that could provide exogenous shocks to the financial markets, but the two that would be most concerning are:

Trying to handicap the events that could trigger such confrontations with China is a complex, multi-dimensional task beyond the scope of this brief narrative, but the probability of some such event(s) within the next five years is probably higher than many would care to admit.

The first concern over inflation expectations has begun to show itself in the market reaction to April and May CPI and Core CPI data.  Both monthly changes in inflation readings resulted in year-over-year increases in inflation not seen for many years.  At the recent Fed meeting (June 15-16) there were no surprises; rates did not change and neither did QE (bond buying) levels. However, a noticeable shift toward concerns over recent inflation data was expressed by some Fed members, and this has since dominated market trading and will likely do so for the coming months, as rate hike(s) in 2022 are now broadly seen as a possibility. The Fed is “beginning to talk about-talking about” a change in policy, and at a slightly faster pace than Chairman Powell would desire.

So, as we move toward year-end, Fed meetings and their resulting commentary will set the tone for the markets, notwithstanding the support from strong economic growth.  If there was any doubt the recent strength in financial markets was dependent on accommodative monetary policy, the June FOMC meeting should dispel any such notions. 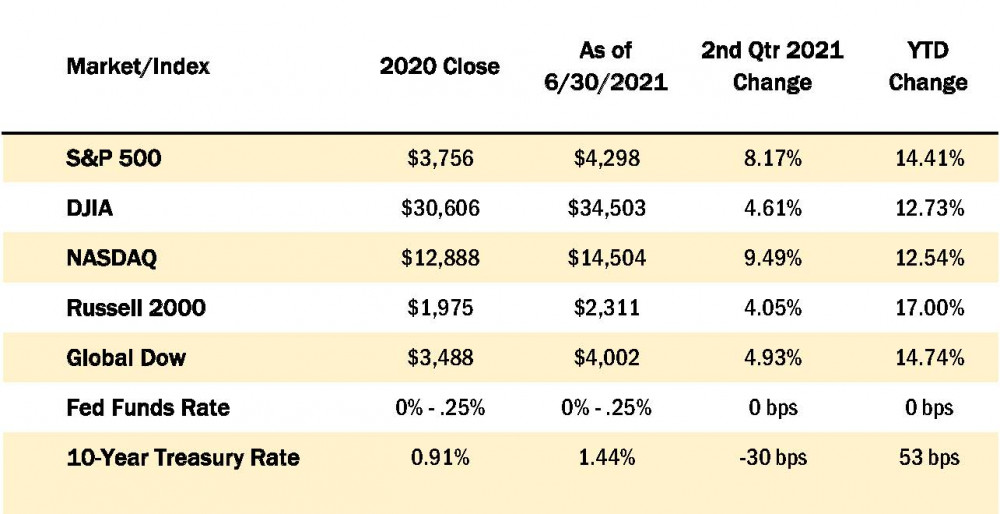 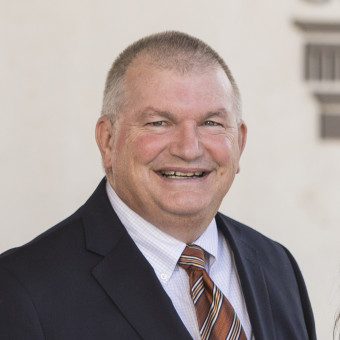 Mark Knackendoffel, CEO
We have always considered the impact of inflation in our decision processes, but over the past 35 years, inflationary pressures have been declining.  However, our concern has increased recently, and we’ve had quite a few questions from clients about our posture amid the recent inflationary environment.

So, I want to share some history and observations from one our favorite economists, Brian Wesbury, Chief Economist for First Trust Advisors, a firm we admire, but have not used. Mr. Wesbury published the following essay on June 1, 2021.

An opinion leader from the New York Times recently tweeted:

“Looking back, what’s all the fuss about inflation in the 1970s?  It wasn’t “that high,” and so the risk of returning to that kind of inflation should not be a serious concern today, because it wouldn’t even be that bad if we went back there.”

Just so we get our facts straight, here are the consumer price inflation rates by decade:

So, while the US in the 1970s and early 1980s was not Zimbabwe, it was the worst sustained inflation in US history.  Prices were doubling every 10 years and the Fed had to push interest rates up to 20% to stop the damage.

Nonetheless, the “revisionists” say that the inflation of the 1970s was good for many people.  They argue that home ownership rose, student debt got wiped out, and inflation reduced the value of the national debt.  In other words, if you can see these benefits, why don’t we do it again?

First, it is true that home ownership rose in the 1970s, but it was rising even faster in the second half of the 1960s.  Moreover, Savings & Loans provided assumable mortgages in the 1970s, which allowed buyers to assume sellers’ lower, pre-inflation mortgage rate.  Eventually, this led to the collapse of the Savings & Loan Industry.
Second, because student debt has fixed interest rates, of course it would disappear faster with higher inflation.  In addition, people with student debt tend to have higher lifetime incomes than people without that debt.  Is he really arguing in favor of using inflation to redistribute wealth to people with above-average lifetime incomes?

Here’s what the 1970s-inflation apologists don’t say: unemployment averaged 4.6% in the 1950s and 1960s then averaged 6.2% in the 1970s.  It was even higher in the 1980s, but that’s because the early part of the decade had to be dedicated to a tight monetary policy to wrestle inflation under control.

Ultimately, inflation is a “hidden” tax that doesn’t stay hidden.  People adapt by redirecting resources away from production and toward inflation-hedging, which doesn’t raise standards of living over time.

The problem is, at this point, you have to be relatively old to remember the 1970s.  With each passing year, a smaller share of the population actually lived through it.  And so we forget the pain it caused.  Hopefully, we are not condemned to repeat it.